This work challenges how an area of a city is taken over by developers and estate agents, and then re-branded without the consent of its inhabitants.
Although it was many years since I last visited Stratford, I was surprised to hear that it was to become an international transport-hub, world class shopping destination and main venue for the 2012 Olympics.
As a citizen of London and of course; Council Tax payer, I thought it was be rather nice to visit to produce some souvenir postcards that told the truth.
In 2011 I started to photograph the Olympic Park and surrounding area, but because the very high security didn’t allow access, I instead walked around the perimeter of the Olympic Site, photographing everything.
Soon I realised that the area was a microcosm of what was happening in 21st century London. The authoritarian re-branding, the giant shopping mall sucking the life out of the local shops, urban decay and just ordinary London streets with the usual Pound shops, Supermarkets and Fried Chicken outlets.
The idea of the tradition British postcard, allowed me to juxtapose the sometimes surreal elements, of the past, present and future. Some of the postcards are very deadpan; others capture the sublime beauty of blandness whilst some take on the intimidating high security of the Olympic site itself. To add another dimension of irony, the titles of the postcards use the language of tourism, politics, estate agents and ‘developer’ speak. A couple of designs in particular push the point further in a much more obvious way, but still with humour!
Few people noticed the fortifying of the Olympics against ‘terrorism’ coincided with the trade Exhibition for the Defence Industries at the Farnborough airshow… but I did!
The actual concept of an ‘exhibition’ has was moved around, with the cards posted to artists, gallery owners, journalists and just people I liked. In most exhibitions the art work is on the wall, with souvenir postcards for sale; here the postcards are the artwork. 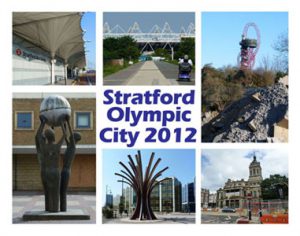 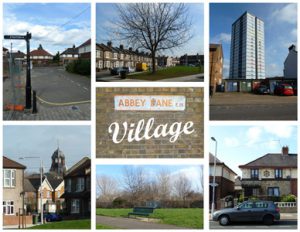 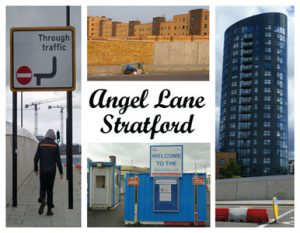 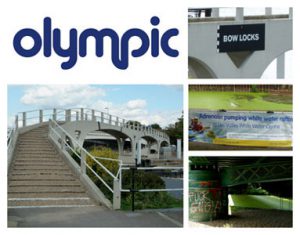 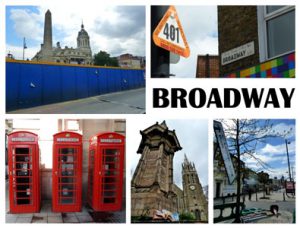 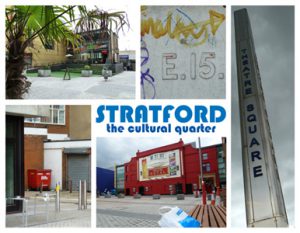 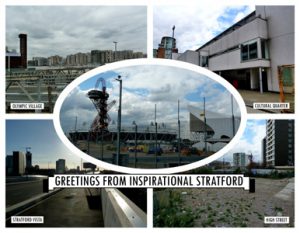 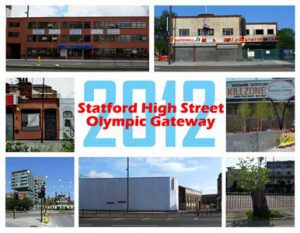 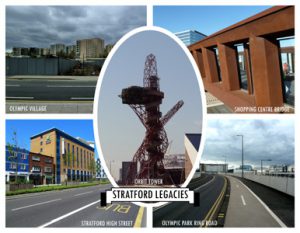 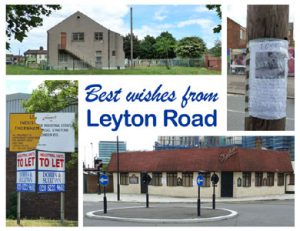 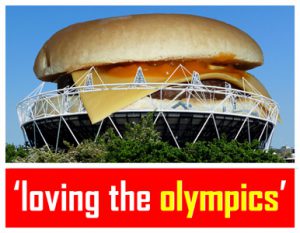 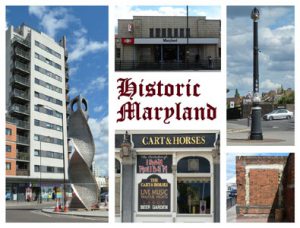 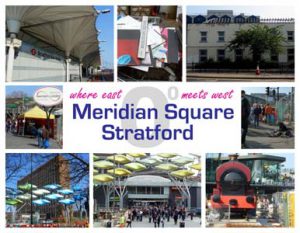 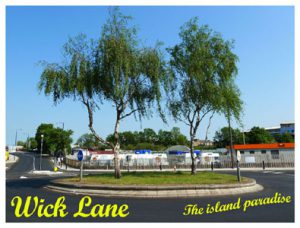 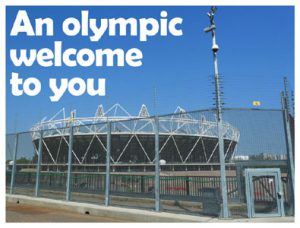 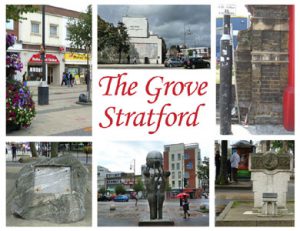 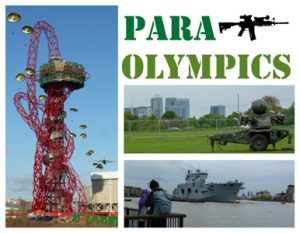 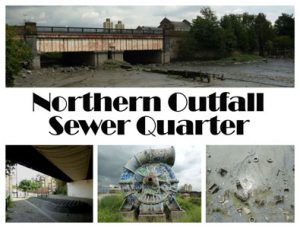 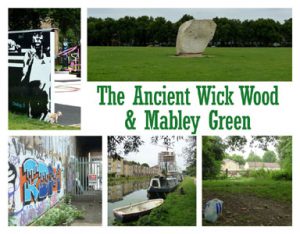 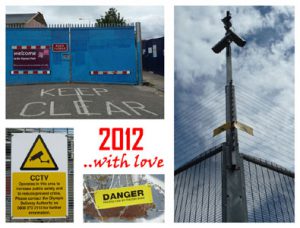